October 1st of this year marked the 35th Anniversary of EPCOT’s opening day. Since there’s a lot out there on the web to help us relive or discover that landmark day in Walt Disney World history, I am going to stick to my mission statement and explore how one part of the redefinition of EPCOT’s mission statement still may carry some of Walt’s original ideas for what he called “The Experimental Prototype Community of Tomorrow”. For those who would like to learn about or explore some of the Park’s background which Walt had imagined and planned, take a look at my previous posts The Unfulfilled Promise of  E.P.C.O.T. which offers Walt’s original vision for EPCOT and The Legacy of Walt Disney’s E.P.C.O.T where I look at the parts of his plan that are still evident throughout Walt Disney World. 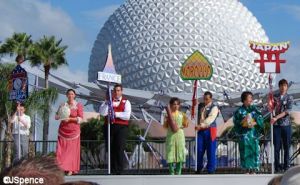 hoped would lure big thinkers to EPCOT and encourage the development of life changing creativity. It’s still has the vestiges of a community in the World Showcase. Visitors can interact with ambassadors from different countries who still bring a touch of far off places to the permanent world’s fair. Granted, they are mostly involved with selling something or showing us to a table and serving food. But, I’ve found it’s easy to strike up a conversation with the expat Cast Members who are usually happy to talk proudly about their home country and what it’s like to spend an extended time in the U.S. There aren’t too many places in the world where you can, if you take the time, immerse yourself in the culture, art and products of 11 different countries. 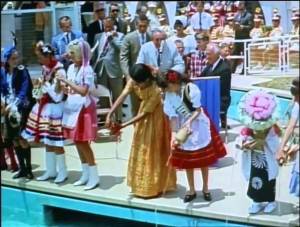 Walt didn’t pass up an opportunity to remind us we lived in a larger world, filled with different people. The Disneyland opening ceremony of It’s a Small World featured over 50 foreign consulate representatives along with children wearing the traditional dress of many countries. Some of these children helped Walt pour water collected from every ocean plus major rivers and bodies of water from around the world into the flume, truly symbolizing the attraction’s theme of global unity. That message was re-affirmed at EPCOT’s opening ceremony  with a special “International Ceremony of the Waters”. Cultural representatives from 29 nations traveled to Epcot from around the world. Each one brought with them a container of water from their nation and poured it into the Fountain of Nations.

While the future of EPCOT is still up in the air and will continue to be redefined by 21st century Disney management and Disney Imagineering, I would be hard pressed to call EPCOT a view of tomorrow. That would have required more attention to the

experimentation Walt had hoped would result in something that would change or improve people’s lives. The only real experimentation going on at EPCOT is trying Coca Cola products at Club Cool. That and Disney working on new things to keep visitors coming to the Park while they complete construction on new attractions in an effort to redefine the Park’s story.

However, I believe that Walt and the WED staff of the sixties and seventies, would not be unhappy with one growing part of EPCOT – the festivals that have become annual occurrences. Walt’s vision of EPCOT was shaped by his turn of the century birth and early 20th century life experience. It was filled confidence that science could solve many of the world’s problems.  Nascent space travel programs, the eradication of terrible diseases like polio were in the news every day, as were problems of poverty, hunger and a desire to move up the economic and social ladders in cities, here and around the world. Walt’s life was certainly defined by his generation’s versions of those changes and issues.

It does seem, though, that Walt’s original vision of a community that would attract industry and people to solve problems, educate and improve the world by developing and testing new applications of science and technology is giving way to Park that uses technology, some of it created by the Disney company, to entertain. But, that spirit to open people’s eyes to possibilities for a better world is in full display at the three annual festivals that lure thousands to a park that some would ordinarily have passed on (“Too much walking”, “So many attractions are closed”, “The attractions are so old” “Nothing new to see”).

The oldest one is The EPCOT International Food and Wine Festival. F&W expands the on the menus of the permanent World Showcase restaurants and adds culinary offerings from additional countries, including Belgium, Australia, Brazil, Greece, India, Ireland and others. Visitors get the chance to sample foods from around the world without reservations, big meal prices or long time investments. Themed offerings like Brewer’s Collection, Cheese Studio, Chocolate Studio, or Coastal Eats, make it possible to sample and learn more about culinary, ingredients, beverages, styles and regions. The festival features more than 100 inventive chefs from many countries and the Disney World property, exposing us to ingredients and preparation techniques we might not have had an opportunity to try. As someone who loves to cook, I’ve come back from the Festival or seen reviews of dishes, ingredients or techniques that I can incorporate into my own cooking. Food has become an ambassador, perhaps encouraging or inspiring some to guests to visit other places in the world. 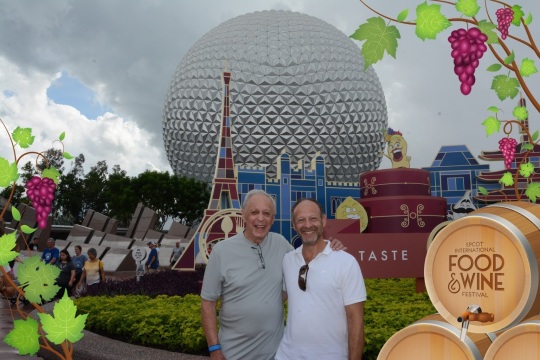 The same spirit of invention and education can be seen at the Epcot International Flower and Garden Festival. The Festival promotes the beautification our world. It’s also an opportunity to teach existing, new and innovative ways to translate professional landscape ideas and techniques to our homes and gardens. I would say anything that helps to reduce the destruction of green areas of our fragile planet is good for the Earth and good for us, its inhabitants. No one who visits Disneyland can miss the importance flowers, trees and other landscaping played in Walt’s vision for a modern them park. At the earliest stages of Disneyland construction, the team started planting, to insure Walt’s vision of a beautiful park would be realized on opening day.

Walt Disney World was an even bigger job to tackle, since much of the parks are built on what was once swampland. At WDW, trees and greenery are used to separate and keep the theming in place. Trees at the Wilderness Lodge, for example, keep guests glimpsing, close by, non-wilderness sites like the Future World architecture. In the Festival Center they present, they have a section called Horticulture Heritage which gives guests a peek into the importance Landscape had and has at The Magic Kingdom. To put a bow on things, Garden Rocks, a mini music festival, runs concurrently. Natural beauty and music are good ways to get us to disconnect from our devices and use our senses to rediscover the world around us. 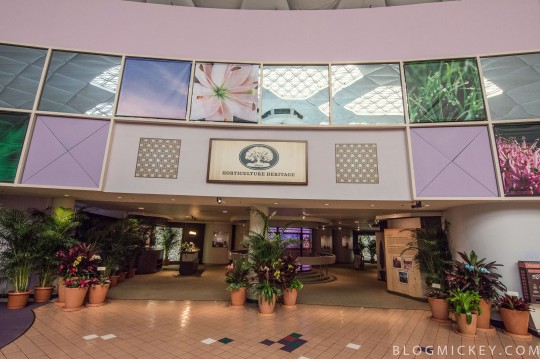 The most recent addition to the EPCOT is the Epcot International Festival of the Arts.  First presented in January 2017 it featured pieces from Disney historical artist Mary Blair and Herb Ryman art of Epcot, to current Disney artists Joe Kaminski and Costa Alavezos. I think it’s great that guests are being introduced or reminded of the artistic legacy that helped to build the entire Disney empire. Guests are not only surrounded by incredible visions, they’ll watch the creative process live. New art is created and revealed each weekend, so guests can look forward to a new experience every time they go. Other presentations include music and food. Study after study has shown how important the arts are to children and our overall happiness. Since 2018 will be only the second year of this Festival, I’m sure much will change as it has for the other two, more mature events. I would expect, given the planning and thought that Disney puts into all of its projects, that the Arts Festival will offer guests more reasons to visit EPCOT. This is the only EPCOT festival that I haven’t had the chance to experience for myself. 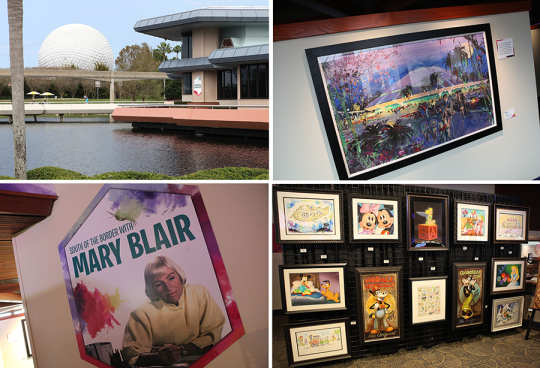 We’ll never know whether Walt’s original vision and purpose for EPCOT would ever have been realized. Recent and announced changes will continue to take the park in new directions that indicate movement away from the prototype community Walt had hoped to create. The Disney organization still l has a lot of work ahead to re-imagine the Park so it remains relevant and popular with guests. Walt had hoped that the Magic Kingdom would help to pay for the development and operation of his Community of Tomorrow, which was where he wanted to focus time attention and the financial means of the Disney Company to change the way we live. That lofty goal will need to be replaced by a more traditional Disney theme park that needs to attract guests and their vacation dollars in a park with unique entertainment value. There has been a recent flurry of announcements about changes to EPCOT including an update to Mission Space, a new ride based on Ratatouille, and replacing The Universe of Energy with a Guardians of the Galaxy coaster. There have been hints and rumors at more changes. I look forward to seeing the new park succeed. 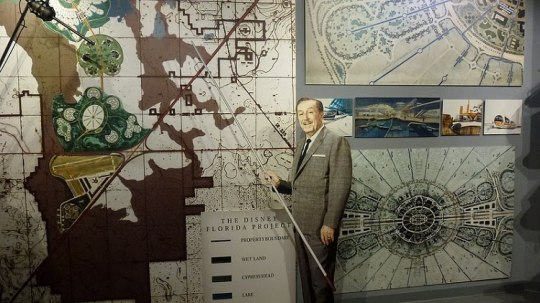